In 2017 South Africa continued to be the world’s leading supplier of manganese, accounting for 78% (2 million tons) of global supply, with Ukraine coming in second at 1.2 million tons and Australia in third at 1.9 million tons. South Africa’s dominance of world supply can be attributed to the richly-endowed Kalahari Manganese Field (KMF) which contains ~80% of global reserves. Production has recently been ramped up at large manganese mines in the region such as South 32’s underground Wessels and Mamatwan operations.

Manganese is widely used in metallurgy and is the fourth most commonly consumed metal by tonnage – after iron, aluminum, and copper. The world has generally produced an increasing amount of steel every year for the last ten years, although the decline in steel demand around 2012 impacted the market. Between 2012 – mid 2016 there was a decline of prices in manganese due to smaller purchase volumes, credit line lag ore prices, consumer resistance to high prices, off-grade sales, and affordability of trucking.

With the US leading global demand, an estimated 500,000 tons of manganese per year is consumed with the majority being utilized in the steel industry. Manganese is also considered a “critical metal” due to its use in emerging technologies such as electric cars and lithium-ion batteries. Lithium-ion batteries are increasingly used in technological sector applications such as UPS (Uninterrupted Power Supply) technology, solar power storage and portable power packs. This boosts Mn demand, as the metal is increasingly replacing the traditional cobalt or nickel cathode in lithium-ion batteries.

The manganese price has increased year by year since December 2015. The world produced 8.6% less manganese in 2016 than in 2015, causing a spike in prices between July-December 2016 which then levelled out to more sustainable figures. Mn prices are expected to surge further; the US are currently pushing through legislation for a $1 trillion infrastructure plan, and the global steel industry is expected to grow 2% alone annually until 2020.

By actively increasing our manganese knowledge pool and developing client relationships with leading Mn explorers and producers in South Africa, Tecoma Strategies has positioned itself to take advantage of the upsurge in demand for Mn and accompanying increase in the investigation of Mn mines and prospects for development.  Awareness of market trends and price forecasts allows industry-leading consultancies to place themselves in the right workspaces for growth.

Tecoma Strategies would also like to take this opportunity to introduce our newest team member, Sophia Lee. From January 2019, she will be taking over from Jeffrey Luk as our new Media Liaison Officer. Having started her own utilities consultancy – Electrawise Consulting– at the age of 29, we believe that she brings a bright entrepreneurial spirit and sound market knowledge to the company! 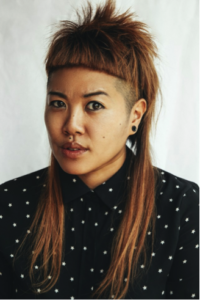